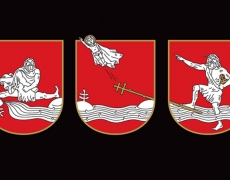 On 15-18 of January Vilnius will host it's first international comedy festival Vilnius Comedy Fest. If you do not know what to do this month - get a dose of laughter. After all, good mood on January is needed as never before.

Beardyman (UK) - music stand up comedy. After a few years break Beardyman is returning to Lithuania. Only in one hour he will create an album full of improvisation and laughter that you will remember for good.

Godfrey (USA)
Godfrey, without a doubt, is one of America's most famous comedians and also a well known actor. Mostly familiar from a movie "Zoolander".

Aga-Boom - is a professional clown performance for the whole family. This is the theater, the humor, the circus based on the best European school. "Russian Dmitry Bogatiriovas, the veteran of Cirque du Soleil shows "Alegria" and "O", changes the image of a clown in people's heads," - writes "Daily Variety"

Back
About us
Our goal is to help You easily and quickly book a hotel, organize a tour or find best places in our city to eat, have a drink, shop, visit or have fun. Read more
Events calendar
Accommodation
Hotels
Short Term Rental
Long Term Rental
Services
City Tours
Transfers
Group Reservation
City guide
What to see
What to do
Where to eat & drink
News
Vilnius Comedy Fest
LOFTAS NEW YEAR – TIM BURTON...
Užupis Holiday Fair
Get in touch
About us Privacy Terms of use Partners Contacts